Share a memory
Obituary & Services
Tribute Wall
Read more about the life story of Fred and share your memory.

Fred Kramer, age 97, passed away peacefully at home surrounded by family in Hagerstown on May 21, 2022. Born on September 22, 1924 in Brooklyn, New York, he and his wife Renee moved to Hagerstown in 1952, fell in love with Washington County, and never left. Fred is preceded in death by his wife of 73 years, Renee, his brother Herb Kramer and his parents Sam and Bertha Kramer. He is survived by his three sons: Michael (Peggy), Andrew (Fazidah) and Richard (Lauren), their children Kimberly (Ash), Melissa (Andrew), Adam, Alia, Amelia, Gillian (Greg), Elizabeth (Patrick), and Adrienne (Richard), and by his great grandchildren Alley, Wyatt, Collier, Rhett, and Ren.

Part of the Greatest Generation, Fred served in the Army during World War II in both North Africa and Italy from 1942-1945.  During that time, he served as a Muleskinner with his loyal mules, Zoot Suit and Jitterbug. After he returned, Fred earned his bachelor's degree in Business from Long Island University in 1948.

Fred served as a Hagerstown city councilman and was a long-standing member of the Congregation B'nai Abraham. He was passionately involved in the Capital Campaign Committee to restore the Maryland Theatre and was the proud owner and proprietor of the Terrace Liquor Store for 28 years.

Fred loved antiquing, walking, performing, travel, anything sweet, and his family above all. He was well known for his sense of humor, enduringly buoyant spirit, and advocacy for his community. Fred never met a stranger he didn't treat like an old friend, and if you had the pleasure to meet him, he’d call you “Irving.” Fred was never afraid to try new things and could be seen walking and Razor scootering on Oak Hill Avenue.

Arrangements were handled by Andrew K. Coffman Funeral Home, Hagerstown.  On the family's wishes, burial will be private.

In lieu of flowers, memorial donations may be made in Mr. Kramer's name to the Maryland Theatre, 21 S Potomac Street, Hagerstown, Maryland 21742 (https://www.mdtheatre.org/ways-to-give)

Those desiring may offer condolences to the family at www.akcoffmanfh.com

To send flowers to the family or plant a tree in memory of Fred KRAMER, please visit our floral store. 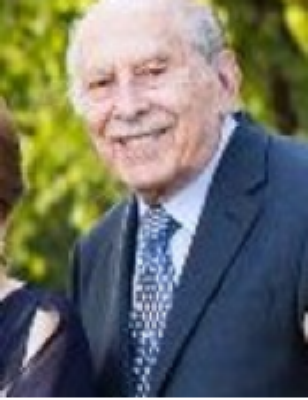 Family and friends are coming together online to create a special keepsake. Every memory left on the online obituary will be automatically included in the book.

You can still show your support by sending flowers directly to the family, or by planting a memorial tree in the memory of Fred KRAMER
SHARE OBITUARY
© 2023 Andrew K. Coffman Funeral Home, Inc.. All Rights Reserved. Funeral Home website by CFS & TA | Terms of Use | Privacy Policy | Accessibility